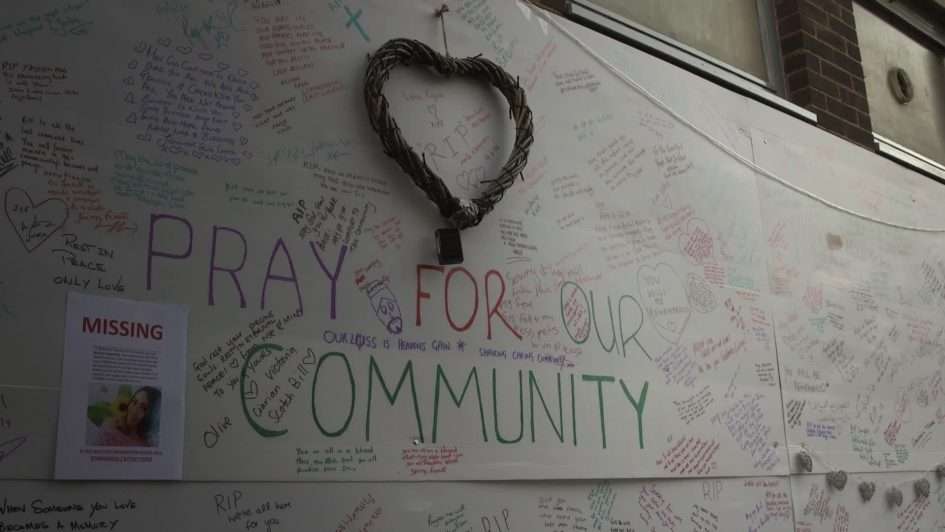 Grenfell - Pray for our community

When will there be Justice for Grenfell?

On the morning of Tuesday 14th June, just before 1 am, a fire started in the 24-storey Grenfell Tower off Latimer Road in Kensington, West London. Engulfing the building in less than an hour, it burned with an intensity and speed that has shocked those whose business is the prevention and defeat of fire.

6 minutes after the first call alerting emergency services to Grenfell, the first firefighters arrived onsite. Before entering the building, it is believed, they were instructed to write their names and designated codes of their fire stations on their helmets. Not all of those going in were expected to come back out. Undeterred, they advanced: willing to risk their lives to rescue others.

As more arrived and ran towards the fire one was overheard saying, “we’re going in and we’re going up” and as residents ran down the single stairwell to the tower, that is what they did: they ran to the fire and up towards the flames. 250+ firefighters fought through the night, working in repeating shifts, going in and going up, to rescue as many as they could and bring the blaze under control.

Today (16th June 2017), the death toll at 16:30 stood at 30, but it is expected that in the coming days and months that number will significantly rise.

Slowly we are learning of those who were trapped and likely died through their last messages to their loved ones and from those who tried to rescue them: (the links below are hard to read, but I hope that you will)

It is not wrong for you to recoil or turn away from these harrowing accounts. It is not wrong if you find tears flowing. However, there are a couple of things I hope you will do, once you are able. Ask yourself and others 2 questions

The answers will not come easily, so don’t wait: do something

Whenever there is a disaster, involving severe injury or loss of life, there is often a rush to reach a resolution. Caught in the incomprehensible maelstrom of grief and loss we seek to anchor ourselves by focussing our frustration and rage on the one thing we know to be true: someone or something is to blame.

Wise heads and calm voices tell us now is not the time, they tell us that it is too soon and to let the authorities investigate and reach reasoned conclusions. Often that is the right thing to do, but not always. Not this time. Not now.

Sometimes we have to say screw it: now is precisely the time to start the conversation and to demand answers.

Warnings were given, why were they ignored?

Concerns were raised, why were they not met?

Recommendations were made, why were they shelved?

Yes, we should allow investigations to be run by our police and fire investigators. We should let a Grenfell inquest, not an inquiry run its course: the government should have no control over it. However, we should not wait for that process to finish. There are actions that need to be taken immediately and questions that require rapid answers.

There is a lot for the Government and Kensington and Chelsea Council to be getting on with, but first:

Once those are in place, then answers on the following questions should be quickly provided. This should not be difficult as the Government, Council and their partners ought to already have them, as they are questions that should have been asked and answered long ago.

Some of you may be too busy to make it to the end of this blog, so here’s the end for you:

“I’m a Londoner, born and bred” is the ready reply or permutation that I and many of my friends proudly respond with when asked, “where are you from?”. On the morning of Tuesday 14th June, I woke up and learned that less than 3 miles from where I live now and 5 miles from where I grew up a building and many of its inhabitants that I regularly passed on my way into or on the way back from the work or gym or town burned.

I have spent hours trying to edit the last word of that previous sentence: trying to find a different word or a paragraph that won’t offend, but I can’t.

The boring bits that some may choose not to read (sorry, I’m still furious).

Six people were killed in July 2009, and more than 20 injured in a blaze at Lakanal House, a tower block in Camberwell, South-East London. The Lakanal inquiry now seems to have been pointless, but it was not.

It raised many important recommendations. Lessons were learned, but not implemented. The shame of the inquiry is that those that set it up and, us, the public allowed it to be toothless. Never again should we permit this. From now on whenever something is deemed important enough to have an inquiry, then it must be set-up with iron-clad commitments to review conclusions within 3-6 months with Yes / No responses and all explanations prominently publicised with public broadcasters and in mainstream media. Governments should never be allowed to kick inquiries into the long grass again.

Grenfell Tower was fitted with zinc rain-screen cladding and glazed curtain walling after a £10 million refurbishment. Experts have claimed this could have exacerbated the spread of the fire.

In a Blog post from November 2016, residents wrote: ‘It is a truly terrifying thought but the Grenfell Action Group firmly believe that only a catastrophic event will expose the ineptitude and incompetence of our landlord.’

They claimed that ‘only an incident that results in serious loss of life will allow the external scrutiny to occur that will shine a light’ on the failings.

Following the fire, the group posted: “All our warnings fell on deaf ears and we predicted that a catastrophe like this was inevitable and just a matter of time.”

Video: David Collins, the former chair of the Grenfell Tower residents association: “Our concerns were not investigated”.

The British Automatic Fire Sprinkler Association has estimated that the cost of installing a sprinkler system in the Grenfell Tower would have been £200,000. Of the £10 million budget, one wonders how much was spent on the external cladding to improve the tower’s “appearance” for its neighbours?

There seems to be confusion over if there was a working central fire alarm system for the tower block. There are reports that some residents claim that there wasn’t one, several residents say they did not hear a building-wide alarm. One man said the first thing he heard were the sirens of emergency vehicles and a couple claim that there was a low hum that later properly and loudly sounded at 4 am – over 3 hours after the fire had started and engulfed the building.

According to the board minutes of  Kensington and Chelsea Tenant Management Organisation (KCTMO runs the building), it had been engaged in “ongoing publicity to residents, particularly in relation to the ‘stay put’ fire strategy and procedures residents should follow in the event of a fire in their flat or elsewhere in their block.”

The “stay put” advice stems from longstanding strategies for fighting fires in “compartmentalised” high-rise buildings. The theory is that most fires will be contained behind each flat’s fireproof front door buying firefighters time to isolate the fire and rescue tenants floor by floor. However, if a fire spreads, the brigade commander should order an evacuation.  The Grenfell Tower fire was not contained in a single flat but spread rapidly, perhaps, too fast for an evacuation order to be given.

They work for you

What happened at Grenfell Tower? A visual guide

Grenfell Tower fire: Cladding used on block ‘was banned in US’