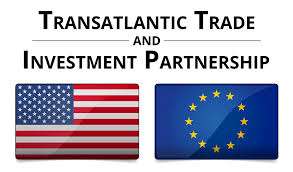 Brexit (voting to leave EU) will not save us from TTIP. Anyone who tells you it will is lying.

I’m ok if you don’t believe me on this, but would appreciate any evidence that proves that Brexit will save us from having to implement stuff that is covered by it.

TTIP is the US trade deal with the EU. The US is in the process of getting the EU trading bloc of 28 member states to agree and sign-off, i.e. together we have greater clout to get what we (the EU) want.

If we Brexit, not only will the UK have to agree a trade deal with the EU, we will have to re-negotiate and agree 50 trade deals with the rest of the World as our existing ones are all EU-entwined ones. Trade deals take between 2-10 yrs to agree. The UK has shown a capacity to negotiate 2 trade deals at a time during calm periods. Post-Brexit will not be a calm period.

Getting back to TTIP, as we won’t be part of the EU any more we will need to negotiate and agree our own separate trade deal with the US, let’s call it TTIP-UK. As we are far smaller than the EU trading bloc and will be desperate to complete trade deals as quickly as possible we will likely have to take what’s given, which will likely be much worse than TTIP-EU deal.

The US might be our friend, but this is business, capitalism is King and they will screw us for every cent they can.