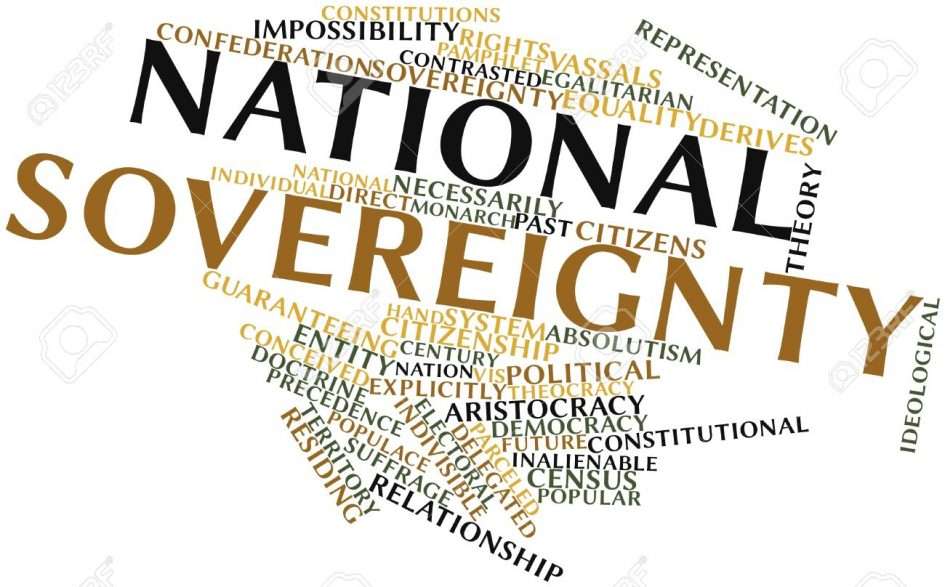 Every time I hear the word “sovereignty” I want to kick something. Of all the over-used words in this EU referendum, I reckon it’s the one that is most misunderstood by the majority of us.

Here’s a question: how much personal sovereignty do you feel you have? We’ll come back to that later.

The dictionary definition of sovereignty is: “the quality or state of being sovereign, or of having supreme power or authority”

For the most part, we are governed by UK law. So, if you commit a crime such as theft or assault or murder, then you will likely be dealt with under UK law; however, EU laws in areas for which the EU is responsible override national laws. The reason for this is that with the introduction of the Single Market it quickly became evident that we needed a common set of laws to govern the free movement of goods, services, money and people within EU member states.

Imagine if the rules were different in every member state – it would be a bureaucratic nightmare of a mess.

EU laws are proposed, drafted and passed with oversight by member states and their 33,000 “faceless EU bureaucrats” (commonly known as civil servants) who perform similar functions to their 439,323 UK cousins (also civil servants).

The two most common types of EU laws are known as regulations and directives.

– Regulations have direct and immediate effect within EU member states once they have been brought into effect at EU level. For example, when the EU wanted to make sure that there are common safeguards on goods imported from outside the EU (think about minimum safeguards on toys), the Council adopted a regulation.

– Directives set out an EU objective, which individual countries must decide on how to write into their own laws. For example the EU consumer rights directive, which strengthens rights for consumers across the EU, for example by eliminating hidden charges and costs on the internet, and extending the period under which consumers can withdraw from a sales contract.

So, whilst the EU has created new laws with our agreement, it has not tried to change the constitutional structures of its member states.

My personal answer to 1 is that I don’t care where law is conceived and agreed if it’s good law and protects people.

The answer to 2 is key to Leave’s argument of Sovereignty. They want the British parliament (and so majority govt) to have complete control of all laws and oversight. At a stroke, this would remove any right to appeal to the European Court of Justice. All the Workers’ rights derived from EU Directives would be at risk, e.g. guaranteed holiday pay, paid maternity leave and increased workplace protections, etc ( Brexit The leave campaign would scrap workers’ rights. It must tell us which ones).

If you don’t believe Worker’s rights would be at risk, then just look at some of the stuff the Tory party has done in the past year: Tax Credit cuts whilst cutting Tax for the wealthy, ESA Disability benefit cuts (These are all the MPs who voted to force through the ESA disability benefit cut) followed almost immediately by a failed attempt to go after the Disabled again with PIP payment cuts.

How the EU works: EU law and the UK

Does the EU impact on UK sovereignty?

© JAK 2019
The right of JAK to be identified as the author of this work has been asserted
All rights reserved.
No part of this article may be reproduced or re-sold in any form or by any means without the prior permission in writing of the author.